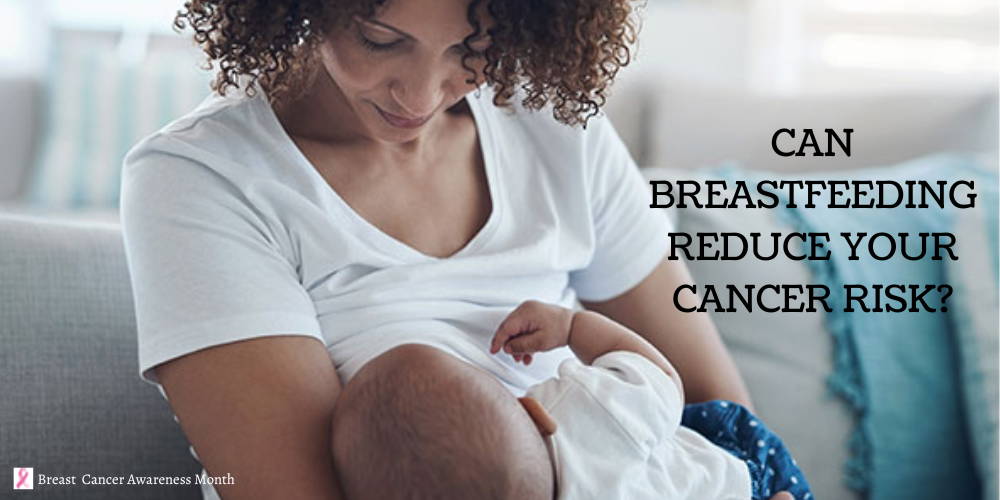 Women love the fact that breastfeeding can safeguard them from general illnesses such as cold and fever. However, there is a bigger pie to cheer about. Apparently, it has been found that breastfeeding can lower the risk of breast cancer as well. Not to forget, breastfeeding is extremely crucial for a baby. It can help him/her to increase immunity and stay away from major diseases.

Research shows mothers who breastfeed lower their risk of pre- and post-menopausal breast cancer. And breastfeeding longer than the recommended six months can provide additional protection. Most women who breastfeed experience hormonal changes during lactation that delay their menstrual periods. This reduces a woman’s lifetime exposure to hormones like estrogen, which can promote breast cancer cell growth.

In addition, during pregnancy and breastfeeding, you shed breast tissue. This shedding can help remove cells with potential DNA damage, thus helping to reduce your chances of developing breast cancer. Breastfeeding also can help lower your ovarian cancer risk by preventing ovulation. And the less you ovulate, the less exposure to estrogen and abnormal cells that could become cancer. Breastfeeding lowers your risk of breast cancer in three important ways: minimizing hormone exposure, making your cells more resistant to mutations, and encouraging a healthier lifestyle as you feed your baby.

When you menstruate, your body is exposed to hormones like estrogen. These hormones can encourage breast cancer cells to grow. Breastfeeding often delays menstrual periods, in turn, reducing your exposure to the hormones that come with them.

Throughout pregnancy and breastfeeding, you naturally shed breast tissue. This shedding can help remove potentially damaged cells that would be more likely to grow breast cancer. In addition to shedding unneeded breast tissue, breastfeeding makes your remaining breast cells more resistant to mutations.

Many women uphold healthier lifestyles when breastfeeding, to nourish their babies. By eating a healthier diet, and avoiding alcohol and smoking, you lower your risk of developing cancer in addition to providing the best sustenance for your baby.

While a woman is pregnant and soon after giving birth, hormonal changes cause a pause in her monthly period. Breastfeeding extends these hormonal changes. As a result, women who breastfeed aren’t exposed to as many hormones over their lifetimes as women who don’t. Since overexposure to estrogen and other hormones is linked to breast cancer risk, breastfeeding lowers breast cancer risk. This benefit is maximized if women breastfeed their babies for at least one year.

Breastfeed for at least six months

To get the health perks of breastfeeding, you should do it exclusively for at least six months, according to the World Health Organization. That means your baby receives only breast milk – no water, other liquids, or solids.  Evidence shows that the health benefits and your cancer risk reduction become significant at six months and beyond. And breast milk provides all the energy and nutrients your baby needs during this time to develop and stay healthy.

After six months, breast milk provides at least half of your child’s nutritional needs. So, you can gradually introduce foods like baby cereal, fruits and vegetables. However, you should continue to breastfeed.

Breastfeeding past six months is not only beneficial for your child’s health, but the longer you do it, the more protection you receive against breast and ovarian cancers. In a study by the Collaborative Group on Hormonal Factors in Breast Cancer, researchers found that for every 12 months a woman breastfed, her risk of breast cancer decreased by 4.3%. The study compared mothers who breastfed to those who didn’t. It also found the 12-month time could be with either one child or as the total for several children. 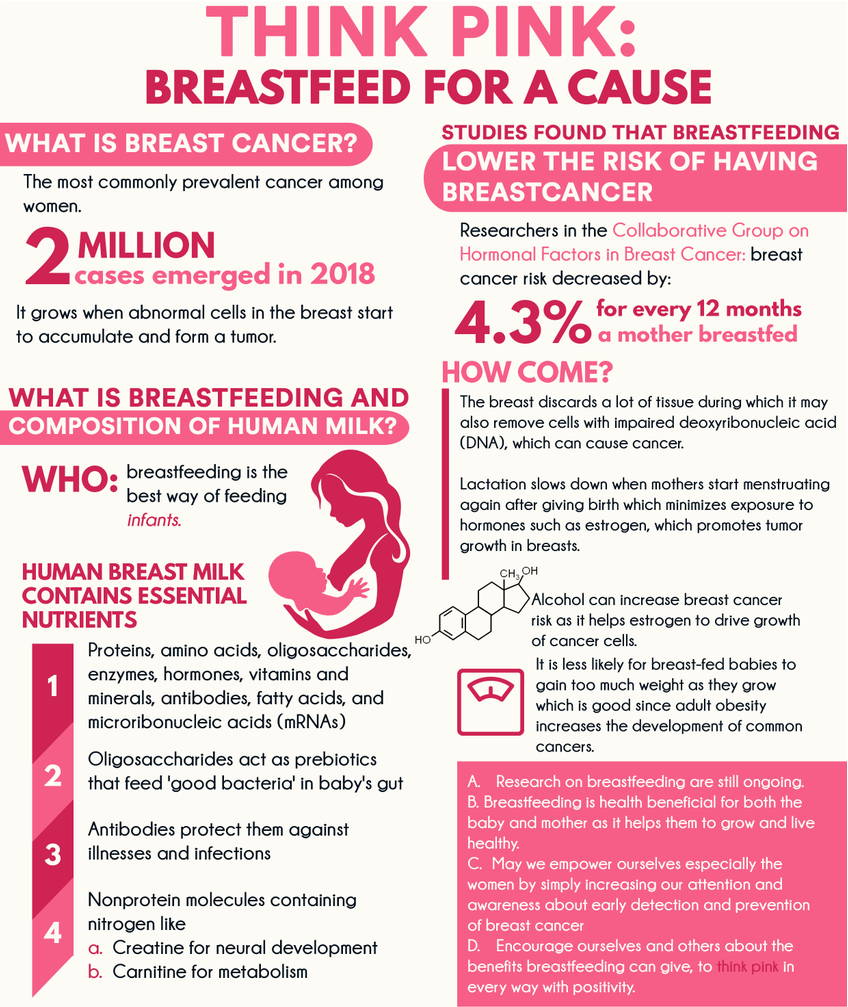 Breastfeeding not only reduces your chances for developing cancer, but also your child’s. Evidence shows that it can help prevent your child from being overweight or obese later in life. Being obese puts a person at risk for many cancers. This includes pancreatic, postmenopausal breast, endometrial, esophageal, rectal and kidney cancers.

Breastfeeding also helps strengthen your child’s immune system. Your antibodies pass from your milk to your child. This helps lower your child’s risks of ear infections, as well as respiratory and digestive system problems. Plus, research indicates the longer a child is breastfed, the lower his or her chances of developing allergies.